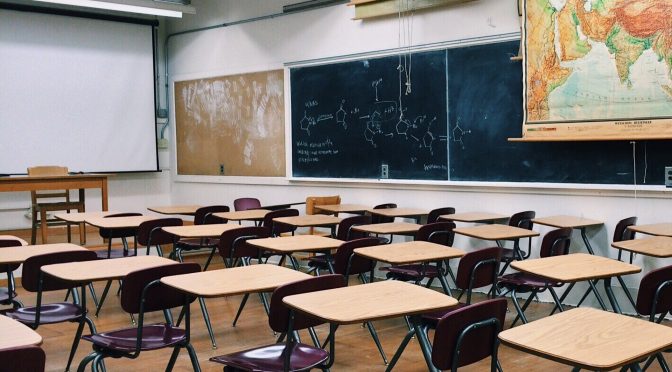 A school superintendent in the same study echoed the sentiment. “Teachers’ roles are becoming more diverse, and so . . . teachers are definitely needing further training and further opportunities to collaborate to be prepared to address the needs of their students.”

The University of Alberta study, completed for the Alberta Teachers’ Association, was published in Report of the Blue Ribbon Panel on Inclusive Education in Alberta Schools. Despite highlighting the challenges, teachers and school administrators were overwhelmingly in support of the principle of inclusion.

As one participant noted: “Inclusion is the ideal . . . Students feel like part of the classroom family and we help each other out. They gain a sense of empathy and responsibility.”

Today’s classrooms are large, diverse communities. At the same time, Alberta teachers have been describing inclusion as one of their biggest areas of concern.

It’s a timely discussion, and recently it’s been shining a light on “the paradox of growing exclusion in the classrooms of societies that profess to be inclusive.”

The above statement, made by Linda Graham and Markku Jahnukainen of Macquarie University in Australia and University of Alberta in 2011, highlights that while inclusive education offers equal opportunities, it can also contribute to student segregation.

The researchers compared inclusive school models in Finland, Alberta, and New South Wales (Australia) in the early 21st century, within the wider landscape of expanded options for students with learning disabilities.

The authors discovered that as funding follows these students, it creates incentives for schools to identify them within categories that bring the highest funds. One possible unintended result is an increase in the labelling, diagnosis and, in some cases, student segregation.

They noted that Finland bypassed the effects of categorizing special needs students, in part by being proactive and by placing students independent of diagnoses. For instance, up to a third of Finnish kindergarten to Grade 3 students are put into “part-time special education”.

“Because such a large number of students receive ‘special’ support, there is nothing all that special about it,” state the authors. “Diagnosis is not required and children are not ascribed stigmatising labels.”

Alberta Education completed a comprehensive review of its inclusion approach with its 2010 Setting the Direction framework, and a new inclusive education funding model was launched in 2012/13. The Alberta Education website states inclusive education funding is currently allocated through a formula geared toward ensuring an equitable distribution of funding.

According to Alberta Education, inclusion “is an attitude and approach that embraces diversity and learner differences and promotes equal opportunities for all learners in Alberta.”  It is not just about learners with special needs; instruction rather than setting is the key to success.

Marlene Hanson, Edmonton Public School’s director of diversity education, explained the intercultural services unit as well as consultants on staff and in the community offer things like language translation.

The Every Teacher Project on LGBTQ-inclusive education in Canada’s schools is one testament to the stakes involved. In their final report in 2015, researchers noted the tremendous support for the project from teacher organizations, showing that teachers understand that safety requires inclusion.

Another priority is support for Indigenous studies and students. Under the province’s Education for Reconciliation, learning specific to First Nations, Métis and Inuit perspectives as well as content on residential schools and treaties, is part of the curriculum.

Teachers, government, teacher organizations and school boards are demonstrating their approval of inclusion. At the same time, classrooms are getting more diverse. They reflect the wider community, and being part of a community is the true meaning of inclusion, according to one Alberta educator.

Hanson agreed. She said partnerships with organizations such as the Mennonite Centre for Newcomers and Catholic Social Services are vital and community plays a critical role in schools.

Because that community includes everyone, we all have a role.