Community seating to be on the Ave

Alberta Avenue Community League is partnering with Engineering Connects to build a new community seating area with tubular pipes and playable drums to be installed next April.

University of Alberta Engineering students worked with the league on the project, which will be located in front of the league facing 118 Avenue. The project involved students communicating and consulting with league members to bring an idea to completion.

League board members chose community seating because it’s a positive way to have an increased community member presence. Maggie Glasgow is part of the league committee working with Engineering Connects on the project.

Glasgow explains she attended one of the Coffee with Cops meetings at The Carrot Coffeehouse and learned there is a decrease in crime during festivals because there are more people and less of an opportunity for a crime to go unnoticed.

“I said, ‘let’s make a town seating area, where you don’t have to have money but where it’s a community space,’” she shares, explaining there is a desire for a community gathering space to meet, play, and get to know one another. The seating would have the added benefit of more people around.

Steve Ellis, a local resident, joined the committee because Glasgow, his neighbour, asked if he wanted to participate.

“My background is architectural technology,” says Ellis. “The committee has a number of members that come from different backgrounds.” He adds, “The students have been quite engaged in the project. They [have been] accommodating and seem to take our suggestions to heart.”

Three circular cedar benches, which can hold about 20 people, will surround a centrepiece. Tubular bells, similar to a pipe organ, will be fixed to the back of the long bench. Cajon drums are on the side of the benches. People can play the instruments. The centrepiece can be used as a stage, firepit, planter or extra seating. Enough space is available for wheelchairs to join. There is no hostile seating, meaning it’s accessible to everyone. Sometimes seating is deliberately designed to discourage those who are homeless from sleeping there; that is not the case here.

Different students have been involved at different stages of the project due to semester length. The project spans from the conception of the design to the installation. Jessica Vandenberghe, assistant dean of outreach for the Faculty of Engineering, says, “All the students we have brought in have been so excited.”

Akindelen says she enjoyed working with community members. “The meetings were probably the highlight of my work term. A big thing I learned working with the community was how to manage differing opinions. It’s interesting how many different perspectives you can get on a project and it’s always helpful to hear new ones. The hard part is picking and choosing which to actually implement.”

“When we first started the project, it was very open-based,” explains Evans. “We went through a lot of iterations.”

Kabir says, “We wanted to make it practical and easily manufacturable.”

Joshani adds, “We wanted to create a positive community gathering spot that reflected the artistic community.”

“There was a lot of consideration going into what we wanted,” says Glasgow. “The music theme evolved organically.” Isaiah Ling, one of the engineering students, has a musical background and Glasgow does as well.

Ling adds, “It was really fun and creative. It was great to work with the community.”

The only step the engineering students won’t do themselves is fabricate the benches. Instead, industrial design students from St. Joseph’s High School will complete that portion of the project. The league has applied for funding to cover the cost of materials. 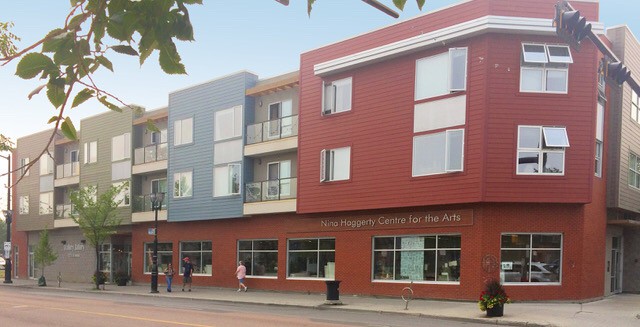