Why it’s so important to listen to and believe survivors

We must get better at supporting people who have survived sexual assault instead of enabling assailants.

This is us against them.

Not women against men, not survivors against assailants, but all people who are not rapists, against rapists.

Until the #metoo movement, disclosing sexual assault was taboo. A person could say at a dinner table that they were robbed, beaten, or that they had endured any kind of assault except sexual assault.

According to Statistics Canada, sexual assault is one of the most underreported crimes. Research from 2017 showed Canadians reported only five per cent of sexual assaults to the police.

Multiple researchers attributed this to “the shame, guilt and stigma of sexual victimization”, “the normalization of inappropriate or unwanted sexual behaviour”, and “the perception that sexual violence does not warrant reporting.”

The frequency with which survivors are doubted, questioned, or blamed are symptoms of rape culture.

The Sexual Assault Center of Edmonton (SACE) defines rape culture as: “A society or environment whose prevailing social attitudes have the effect of normalizing or trivializing sexual assault and abuse.”

Normalizing assault (she was flirting with him so she was asking for it), or trivializing it (if she really didn’t want to, she would have fought back) are forms of victim blaming.

If a woman is flirting or wants sex, it doesn’t mean she wants to be raped, any more than a person who likes to play baseball is asking for it if someone beats them with a baseball bat.

Questions like: “What was she wearing?” or “Why was she there?” or “Was she drinking?” place blame on the survivor instead of the perpetrator.

When women see that the ex-frat president of Baylor University, Jacob Walter Anderson, got zero prison time after a grand jury indicted him on four counts of sexual assault, or that Brock Turner was caught in the act but served only three months, why would they report?

In fact, reporting often doesn’t do any good. Prosecutor Hilary LaBorde said of the Baylor case: “It’s my opinion that our jurors aren’t ready to blame rapists and not victims when there isn’t concrete proof of more than one victim.”

Police dismiss sexual assault cases as unfounded twice as often as they do cases of non-sexual assault. This is due to discrepancies in how police are reporting, not false or malicious reports. According to research in the US, UK, and Australia, similar to other types of assault, 90 to 98 per cent of the time people are reporting actual incidences, not making false reports.

If you believe “innocent until proven guilty”, try believing that survivors are innocent of lying, like the research demonstrates is usually the case.

So, if survivors don’t report because of the way they are treated by society, the justice system, and the police; because it takes five dozen women to bring down a Cosby, and men like Kavanaugh or Trump are in the highest positions of power; because former Alberta judges like Robin Camp ask women why they couldn’t just keep their knees together; and because police often discount over a third of sexual assault reports, while convicted rapists get light sentences (if any!), what can be done?

Listen to survivors. Say that you believe them and that it is not their fault. Be patient, calm, and non-judgemental. Paraphrase to show you are listening and understanding.

The person has already had their control taken away; now they need support to regain control of how they will handle what has happened.

Ask, don’t tell. Instead of giving advice, ask if they want to look at options like seeing a counsellor or calling a hotline, connecting with friends, seeking medical attention, reporting, or doing nothing. Respect that the decision is theirs.

Educate yourself by going to the SACE and #IBelieveYou websites.

And clearly choose and make known which side you are on: that of survivors, or that of rapists.

Featured Image: The best way to support someone is to believe them and be there for them. | Alita Rickards 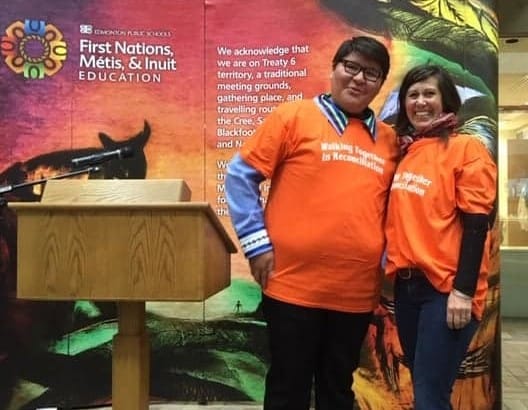 Truth and reconciliation belongs to all of us

How one connection made a huge difference