Canoeing the wild rivers of long ago

A book review of Wild Waters: Inside a Voyageur’s World

Wild Waters: Inside a Voyageur’s World is bound to captivate anybody who has ever canoed, even if you have only canoed the North Saskatchewan between Genesee and Devon. The riverbanks are so high, it often feels and looks like untouched wilderness.

Written by Cree author Larry Loyie with Constance Brissenden, the story features a young hero named Tomma, based on Loyie’s real-life, great-great-great-great grandfather. Inspired to write about Tomma after the authors read the original trip diary in Peace River: A Canoe Voyage from Hudson’s Bay to Pacific, Loyie completed one-third of the book with his partner and co-author, Constance Brissenden, before his death.

Brissenden says, “Finishing the book was the hardest, most painful writing challenge of my life.” She completed the project by sticking to the in-depth outline and by “channelling Larry. He told me, ‘Have Tomma say what I would say, and do what I would do.’” Guided by these principles and leaning on the knowledge Loyie shared, she resisted any urges to write text just to sound good. “Even though it is fiction, Larry wanted truth.” Loyie was determined to combine his creative vision of Tomma’s life with the entries in Chief Trader Archibald McDonald’s journal to honour the unacknowledged voices of history.

Tomma, an Iroquois teenager, signs the Hudson’s Bay contract and becomes a company man and a voyageur. The omniscient narrator uses Tomma’s believable voice and perspective to tell the story of the historical voyageurs. Readers also learn about the competition between the Hudson’s Bay and the North West men.

Determined to win the competition for furs and profits, George Simpson, called the Little Emperor of the Hudson’s Bay Company, sent two canoes and 16 men to conquer the great Fraser River. Tomma was one of those men. The Cree called Simpson, Okimaw, the King.

It was no secret Simpson held grudges against the ‘Nor’Westers’ for wrestling the Bay for every inch of profit. Both sides stole from each other’s forts, burning them down if they could.

Readers, you will be captivated from the moment four-year-old Tomma learns of the river’s spirit and power to when he becomes a voyageur. He trades furs for woollen blankets with the iconic colour strips of red, yellow, green, and indigo, in addition to rifles and copper pots. Read about drownings, hypothermia, broken limbs, and voyageurs left onshore to survive as best they could when they could no longer pull their weight. Enjoy the adventure, competition, intrigue, and conspiracy. While many know vague details of the fur trade, there is much more to know and acknowledge.

The riveting story also helps readers recognize how the fur trade needed the First Nations peoples’ skills, strength, and canoeing prowess until the furs were gone. As Loyie often said about Indigenous people, “Then they pushed us aside.”

During the height of the fur trade, Tomma and his fellow paddlers coped with gruelling, endless paddling and hefting 90-pound packs of furs to portage through heavy brush and mud bogs. The voyageurs started their days paddling without breakfast, further surviving dehydration, bad water, pesky blackflies, and dangerous animals.

Loyie said, “No matter what the era, people have the same thoughts, interests, and desires.”

He wanted to show the perspectives of Tomma and others as thoughtful people seeking to create their own paths in life. You can now experience it all through Tomma’s eyes. Purchase your copy at Audreys Books. 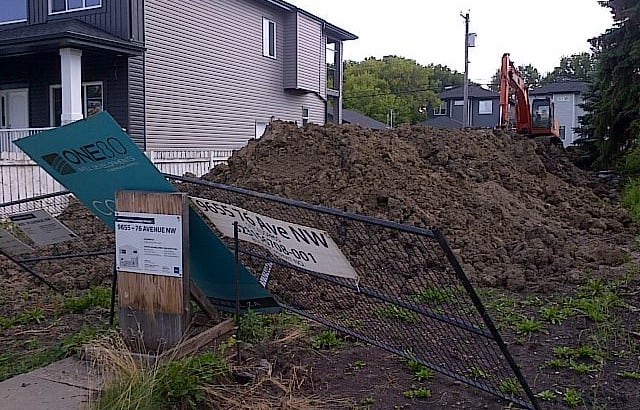 Preparing yourself for infill development
When construction happens in your neighbourhood