Considering the priorities of a budget

It’s not the math that is hard. It’s the ramifications of decisions. Difficult decisions are necessary to make the simple math of balancing money coming in and money going out. There are many unknowns when making decisions about the future, especially with this ever-changing pandemic.

Every family, organization, business, and level of government is wrestling with this reality right now. So where do you start?

Take some deep breaths, then focus on your strengths and on solutions. Look for the opportunities. Ask yourself, what is most important? What are the priorities right now? Don’t waste energy worrying about and fighting against things you have no control over. Look at what you do have control over and work on that.

Most businesses have had to make adjustments or complete 180 degree pivots in an attempt to survive the impacts of this pandemic. They’ve had to lay off staff, change their service model, or change the products they sell. Small businesses have been unfairly impacted, although they are more nimble and able to make changes; however, they usually have fewer resources to weather months of crisis.

Being forced to change the status quo can actually lead to more innovation and better results.

Cities have limited revenue-generating ability, and as the third level of government, they are subject to the trickle-down effect of budget cuts and inadequate funding (or funding philosophy differences) of federal and provincial governments. The impact of the feds and the province not adequately funding their areas of responsibility is that the city and communities experience the fall out of homelessness, health care, education, social services, and so on.

Cities have more needs and demands for service than money to pay for them. So what are the priorities and who gets to decide?

The City of Edmonton says it is moving towards priority-based budgeting, but they aren’t quite there yet. Council gave administration the task of cutting $85 million in one-time funding and $56 million in ongoing budget items in an attempt to have a zero property tax increase. No property tax increase is a funding cut because there is no extra money given to deal with inflation or population growth. Add to this the substantial revenue shortfalls due to the pandemic and the only way to get to zero is to make hard cuts across the board.

Yet, cutting seemingly insignificant programs and services and closing facilities can have a ripple effect in many areas and well into the future.

Leveraging the collective wisdom and passion of stakeholders to find alternatives to cuts and closures would be a better approach, but that takes time and effort. Staffing costs are always an organization’s largest expense. Asking workers what would make their work or jobs more efficient would probably reveal more useful information and ideas than simply asking upper management to cut a certain number of positions.

The original property tax increase was proposed to be 3.2 per cent. This would have been an extra $68.66 this year for me. A one percent increase would only be $21.46 more, which is less than the cost of buying one coffee a month. I would rather pay a little more property tax than lose community pools, ice arenas, recreation programs, grants to non-profits, and several more services.

In the face of uncertainty and crisis, it is wise to pause and reflect, prioritize what’s most important, involve more people, and in the end do what is right, even when it is not popular. 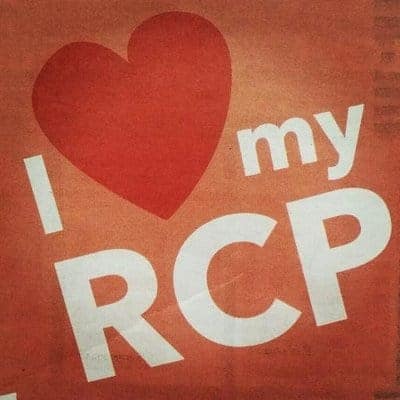