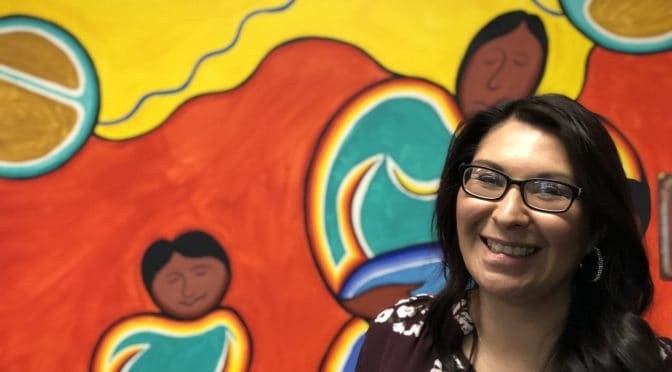 Providing a space for younger and older men to connect

A movement called Men’s Sheds is now making its home at Alberta Avenue Community League. This particular one is for Indigenous men.

Men’s Sheds started in Australia and soon caught on in Canada, with Doug Mackie and David Friesen forming the first Canadian version in Winnipeg in January 2011.

Sophie Laboucan, senior program facilitator at Bent Arrow Traditional Healing Society, attended the Edmonton Senior Coordinating Council Seniors & Belonging Forum in November 2017 with her supervisor. It’s there that they heard about Men’s Sheds. They connected with the speakers and examined whether the program was a fit for their male seniors.

“The men’s circles we had here were not very successful and attendance was low. We learned that men share their feelings differently,” said Laboucan.

The philosophy is to create a space for younger and older (especially retired) men to connect with other men and share knowledge. Men in general, and specifically “Aboriginal men definitely open up and connect in different ways. Women just let their feelings out. With men, they engage in conversation over doing things together, sharing knowledge, talking about their day.” Laboucan and her supervisor agreed it was a good fit for the Bent Arrow’s Pehonan Men’s Elder/Senior Program.

This is the first Indigenous seniors Men’s Shed in Canada.

Laboucan said, “We didn’t change the philosophy, though we Indigenized the program. We like to incorporate our teachings and our knowledge, our arts and traditional work.” The group will benefit both older and younger generations by building and restoring bridges between them. “In our culture, it’s the grandparents who were the ones to teach the younger ones right through to adolescence. Other than the early years, it was the grandparents who would pass on the knowledge to the youth.”

“When we started, we had about 10 participants,” said Laboucan. She brought in existing participants to meet and talk about Men’s Shed, giving other men an idea about how it would fit in their lives. If it was a fit, men would know they had a place to connect with other men.

The free program includes a light dinner and a bus ticket home. “We try to remove barriers. Not all seniors have bus tickets.” All supplies needed by the men will be made available for available for free.

In the new year, Bent Arrow will be moving their Men’s Shed to Alberta Avenue because the space they were using for the meetings wasn’t ideal.

“The space we were providing was a small upper-floor room.” Stairs presented a barrier to those with mobility issues.

“They [Alberta Ave] provided a free space. It will be great to collaborate with Alberta Ave. Any man can join. No man is turned away,” said Laboucan.

Before each meeting, Laboucan steps in for about 20 minutes, hands the participants their supplies, and leaves the dinner. Sometimes she kick-starts the conversation. Then, “I let them know I will be stepping out and wait to give bus tickets to anyone who needs them.”

The attendees learn that it is their program, they decide what they want to do, from bringing in speakers, to holding workshops, to trying new skills (e.g. woodwork, carving). It is the participants who bring the group to its potential. Laboucan says, “My job is peripheral support and the occasional push. Other than that, I’m out of their space.”

Bent Arrow is holding Men’s Shed at Alberta Avenue Community Hall on Jan. 21 at 4:30 pm. Meetings are every second Monday of the month.

To register and find out more, contact Sophie Laboucan: 587.341.4794 or sophie.laboucan@bentarrow.ca.

A member of the Professional Writers Association of Canada since 2003, Rusti has been writing professionally since 1999. Her favourite word activity is immersion editing with memoir writers. 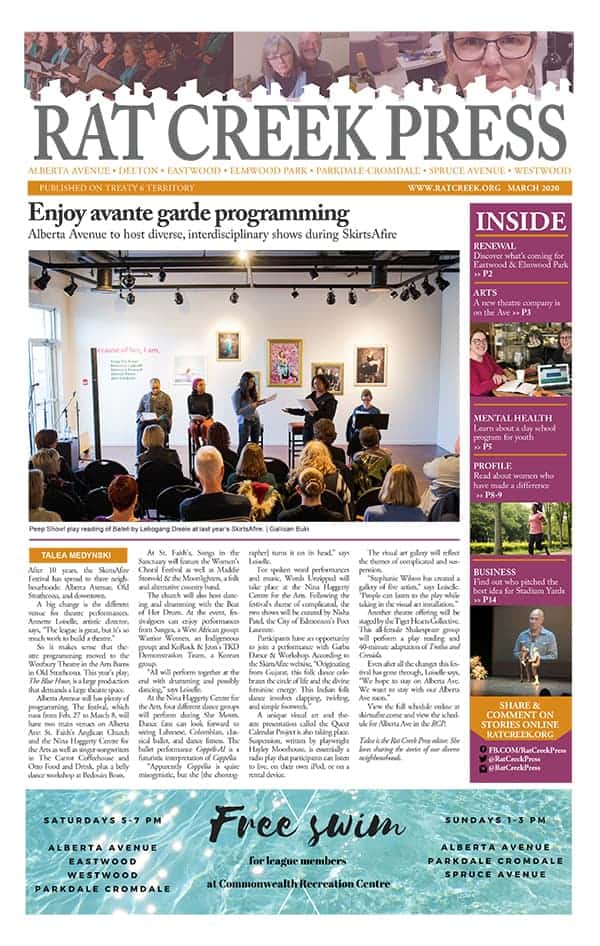